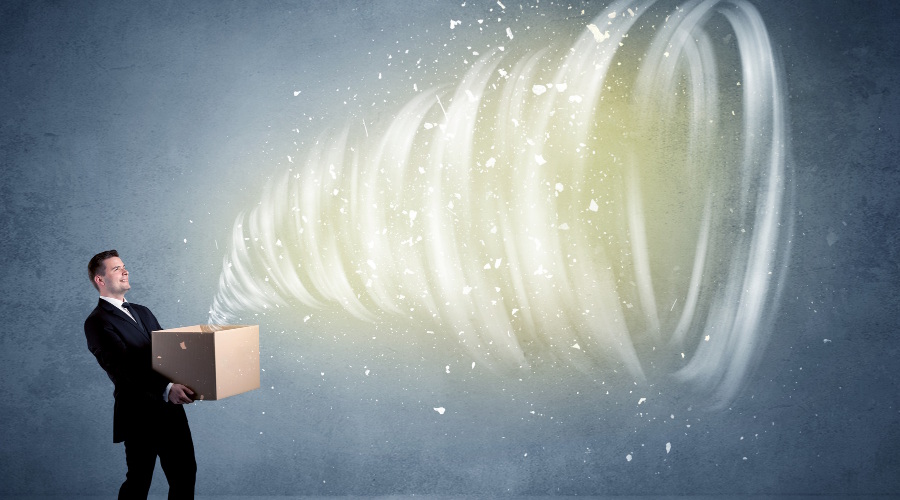 Jupiter, the largest planet in our solar system, is associated with generosity, expansion, travel, higher education, religion, philosophy, and belief systems. Generally speaking, the area of your natal chart that transiting Jupiter is traveling through is more likely to see some benefits, gains, and good luck.

When is it happening, and what does it mean?

On 19 December 2020, Jupiter will move from being in the sign of Capricorn to Aquarius. Jupiter was not very comfortable in Capricorn, as it was in the sign of its fall. Jupiter also spent most of the year with Saturn, a planet associated with limitations, restrictions, and hard work. These qualities don’t meld as well with Jupiter’s qualities of expansion, enthusiasm, and generosity.

Jupiter’s move from Capricorn to Aquarius means that it is in a better position (not in the sign of its fall). However, for a large portion of the year, Saturn will be copresent with Jupiter in Aquarius.

Not long after Saturn and then Jupiter enter (ingress) into Aquarius, they meet up for a once in 20-year conjunction. These Jupiter Saturn conjunctions set the stage for the next 20 years.

Jupiter moves quickly through Aquarius initially and enters the sign of Pisces on 13 May 2021. Jupiter is only there for a brief spell before stationing retrograde and re-entering Aquarius again on 28 July 2021. It will finally move out of Aquarius and into Pisces (a sign that it rules in traditional astrology) on 28 December 2021.

As with all signs, Jupiter has its good and its not so good properties. Sometimes it comes down to how you look at the situation (Jupiter ruling philosophy). Sometimes, Jupiter can bring too much of a good thing or even inflate a bad situation because of its expanding nature.

Jupiter retrogrades about once a year for approximately 4 months. We tend to be re-evaluating things of a Jupiter nature during this time, such as our personal moral compass. Jupiter will be retrograde from 20 June (02° Pisces 11′) to 18 October 2021 (22° Aquarius 19′).

All times given are U.S.A. Central Standard Time (C.S.T.)

Jupiter in Aquarius through the natal houses

Once you know where the Aquarius is in your natal chart, you can check below to see where you may experience expansion, good luck, and gifts over the next year.

Not sure what zodiac signs are in what houses in your natal chart? Generate your natal chart now. If you prefer a more beginner-friendly version, you can order your free natal chart instead (it may take a few weeks to receive).

The banner below is an affiliate link. This means I may earn a commission (at no extra cost to you) if you purchase something after clicking on it. This helps cover the expense of running the site while keeping the content 100% free. Your support is appreciated!

In the first house, you can expect to be generally lucky during the next 13 months. You are likely to come across as having a larger than life personality and appear to be more optimistic, generous, and outgoing than usual. As the 1st house rules our appearances, you may need to watch your diet a little more carefully, as Jupiter does like to expand.

In the second house, you may find that you are lucky when it comes to money and possessions. There is the potential to increase your earnings over the next year and to boost your self-esteem in general. This may be a year when you are buying more big-ticket items, and you may need to watch that you don’t go overboard with your spending as Jupiter does like to do things on a grand scale. You may find yourself on the receiving end of more gifts than usual.

In the third house, you may find that you are more involved in your local neighborhood and with the people you see daily. Your general attitude and tone when communicating with others are likely to be enthusiastic and big-picture orientated. Topics such as philosophy, religion, as well as learning, in general, may interest you more over the next 13 months. You may benefit in some way via your siblings or neighbors.

In the fourth house, you could find yourself extending your current home or moving into a larger house. Those selling or buying real estate are likely to do well over the next year. You are likely to enjoy time spent in your home and with your family more during this period. Your family may expand in some way, such as births and marriages. The likelihood of receiving some significant benefit or gift via a family member, particularly your parents, is higher over the next 13 months.

In the fifth house, you may find that you can express your creativity easier over the next 13 months. Those looking to start or expand their family may find that pregnancies result in twins or more.  Time spent on activities you enjoy and socializing, in general, are likely to be more frequent.  For those looking for love, you may be more popular than ever. You may need to watch your tendency to go to excess, particularly in areas like gambling. You may have an exaggerated belief in your luck.

In the 6th house, you may find that you are doing exceptionally well in your career, and some may receive a promotion or find a better or more lucrative position. Your relationships with co-workers are likely to be very good over the next 13 months. You may incorporate new daily habits related to your beliefs or what you learn during this time. Your health should be generally good over the next year. However, there may be a tendency to overindulge and put on weight.

In the 7th house, both business and romantic relationships are likely to expand and develop during the year. You may become involved with a partner from another country or culture. Some may seem to attract someone they consider “out of their league” or is well off financially. Partners, in general, are likely to be more generous and fun to be with. For some, there may be many admirers all seeking your attention.

In the 8th house, you are likely to benefit in some way via other people. This may be through your partner and/or your partner’s increased income. You may benefit from taxation, financial institutions or via an inheritance. Issues related to the sharing of resources and possessions with others is likely to be easier and less contentious. You are likely to find it easier to discuss matters related to intimacy, death, sex, or taboo topics over the next 13 months, and you may resolve some of these matters.

In the 9th house, the desire to travel is likely to be incredibly strong, as both the 9th house and Jupiter are associated with long-distance travel. You may also find that you benefit in some way via foreigners or through an overseas interest. Those involved in legal matters are more likely to have a successful outcome over the next 13 months. You are likely to be big-picture focused and interested in expanding your knowledge. Those involved in education are likely to find this a good year.

In the 10th house, you are likely to benefit in some way related to your career. You may find that you are promoted or receive more appreciation and recognition during this year. Some may find that their work requires them to travel. You may find yourself with a mentor or authority figure who takes a particular interest in you and helps you expand your career prospects somehow. Those in the public eye are likely to be well received and portrayed in a positive light.

In the 11th house, you are likely to expand your circle of friends, and you may benefit from friends or groups during this year. This need not be monetary, you may find yourself just being extremely grateful for the friendships that you have in your life. Networking is likely to be more productive and rewarding for you over the next 13 months. Your hopes and ambitions may tend to be bigger than usual during this time. Your optimistic outlook makes you more likely to pursue your dreams.

In the 12th house, you are more likely to overcome psychological problems during these 13 months. Fears and secrets that have held you back may ease and free you up in a lot of ways. You may find that you have more luck overcoming debilitating habits or feelings of guilt. Some may find a philosophy or religion that brings them a sense of peace and contentment.

Born and bred in Brisbane, Australia, I have had a fascination with astrology since I was a child. Currently studying Hellenistic Astrology and incorporating it with modern astrology.